About the Board of Directors

The Cape Charles Main Street’s Board of Directors is a hands-on working board committed to the nonprofit’s mission of revitalizing downtown Cape Charles in accordance with the Virginia Main Street Four Points approach.

Apply for an open position here

Our Board of Directors 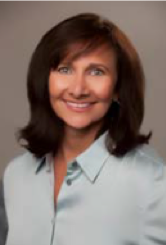 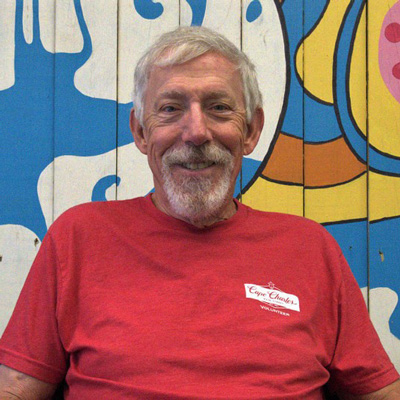 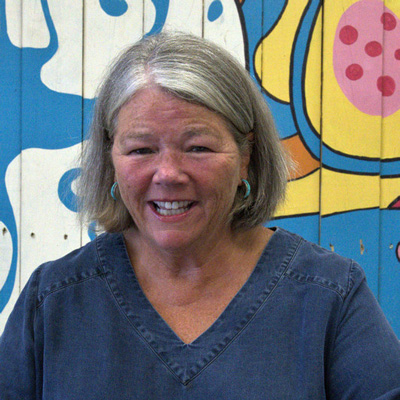 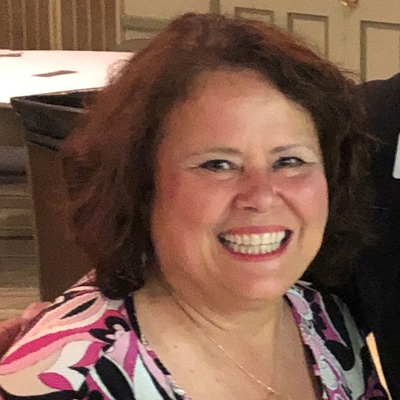 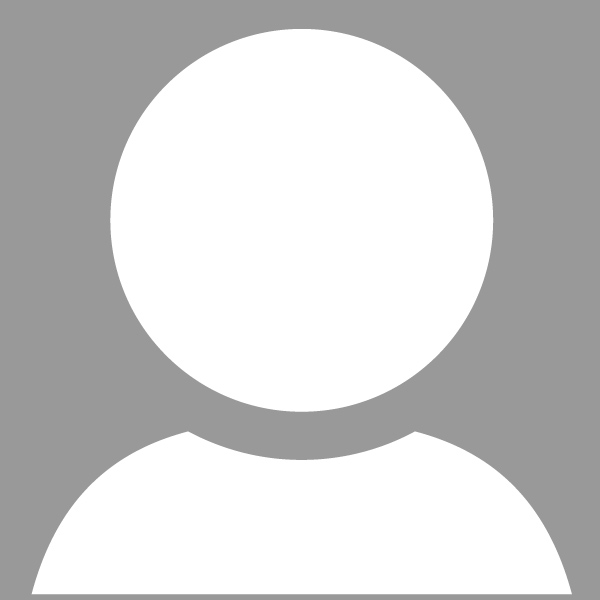 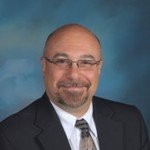 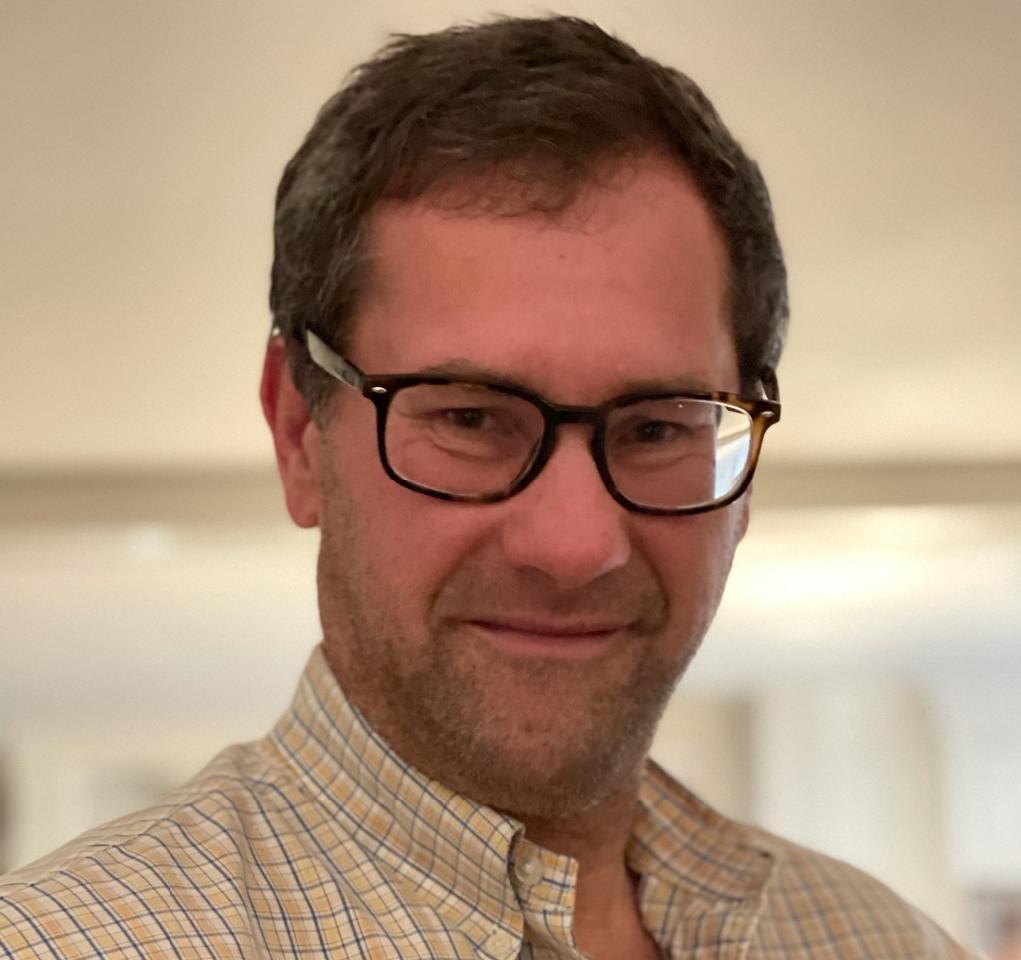 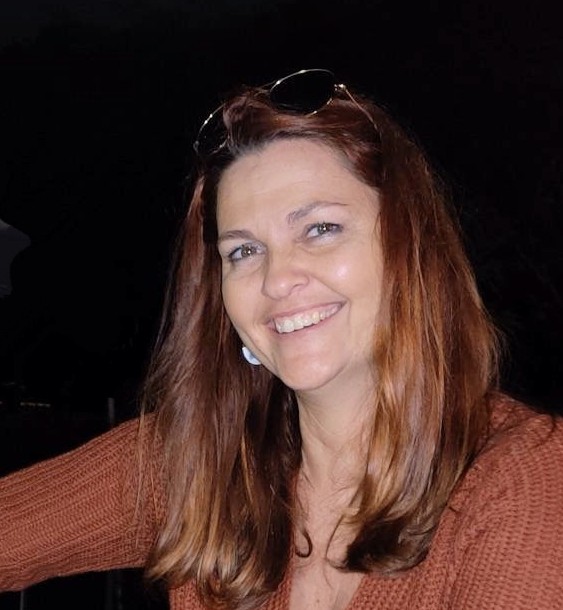 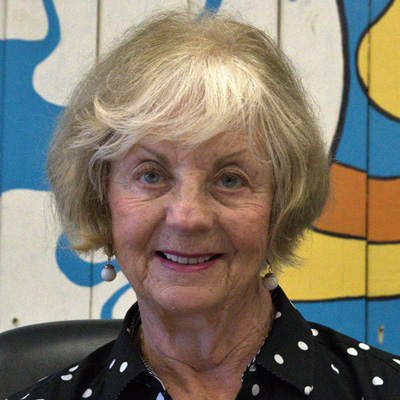 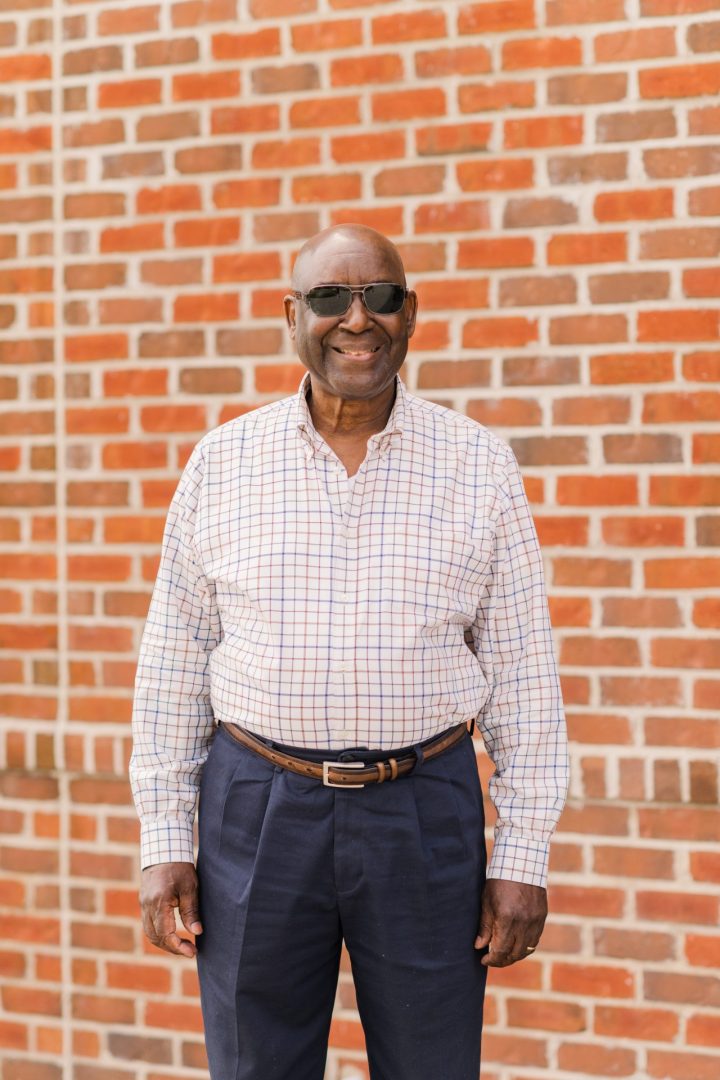 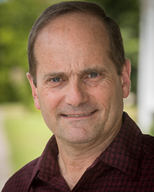 Board Member at Large 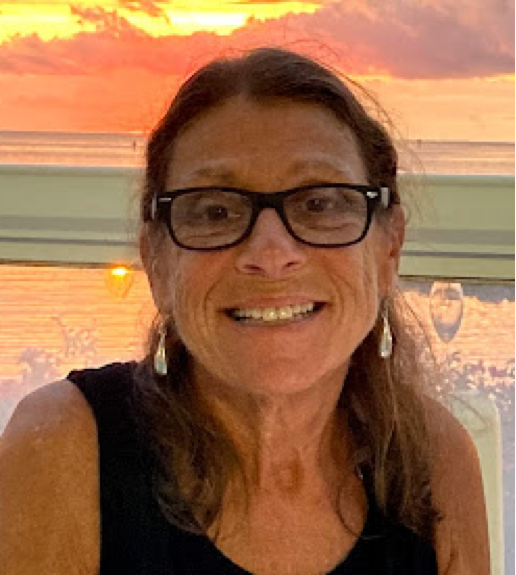 Before joining Cape Charles Main Street as Executive Director, Karen served in many marketing, management and leadership roles in Fortune 500 companies. Her roles have included Global Brand Manager, New Business Development Manager, Print Media Manager and Dealer Marketing Manager. She also served as President and Chairman of the board of the Philadelphia chapter of the Direct Marketing Association. She started and ran her own printing company which was eventually sold to a larger firm. Her entrepreneurial spirit led her to start a consulting company that she ran for seven years until moving to Cape Charles permanently in 2017.

Karen has partnered with the Town to lead a Team on 2020 DHCD Small Business Recovery Grant helping 88 businesses.

William (Bill) R. Stramm, is a retired U.S. Army officer and a retired defense contractor. Bill moved to the Eastern Shore of Virginia in 2006 where he has been active with his church, the American Legion post where he served three terms as post commander and state vice commander, and with the Rotary Club of Cape Charles. He serves on the Board of Directors for the Cape Charles New Roots Youth Garden, is a commissioner on the Cape Charles Planning Commission, and is a director of the Cape Charles Main Street Board.

Bill has raised the bar for the fundraising efforts of CCMS!  He also helps write our grants and volunteers at many events.

Patsy has owned a home in Cape Charles for 10 years and became a full-time resident in 2017. After spending 20 years raising three children in Virginia Beach, she went back to work in marketing at Coastal Training Technologies, later DuPont Sustainable Solutions. Currently, Patsy works part-time as an Executive Producer at AccuTrain, an educational training company.

Patsy spearheads Main Street Connect a fall-spring monthly business networking meeting for our local businesses.  She is also our webmaster.

Tammy will continue mentoring the Board when she becomes Past President in July, 2023.  She will also be continuing to support large projects such as refurbishing the train.

Ken Butta is a retired school principal from Chesterfield County VA who has residences in Richmond and Cape Charles.  He and his wife, Amy are excited to be grandparents. Ken and his wife Amy are very supportive event volunteers.

Ken helped run the first Job Fair held in 2022 in Cape Charles along with Northampton County.

F. Jay Abella, III (Jay) has been an owner, principal, and asset manager with Investment Partners Asset Management for 25 years and is responsible for client portfolios, risk mitigation, securities research and business development.  Having grown his business ten-fold over his career, he has volunteered to lend his Wall Street experience to the Cape Charles Main Street Organization in the area of economic vitality.  Mr. Abella holds a bachelor’s degree from Middlebury College and a Master’s degree from the University of North Carolina at Chapel Hill.  He raised his two college bound sons in Williamsburg, VA and has since located to Cape Charles with his fiance’, Melissa. Jay enjoys fishing, lacrosse and music and has undertaken several venture pursuits related to travel and tourism, the analysis of professional hockey, as well as human spiritual development.  As someone of many passions and interests he is thrilled to call Cape Charles home!
Jay jumped in with both feet by volunteering at Festive Fridays and other events!

Gerry Taylor has been a resident of Cape Charles for three years coming from Maryland.  She and her husband decided to buy property and build later for their Retirement in Cape Charles when their plans suddenly changed when Gerry was offered the position as Branch Manager at Atlantic Union Bank.  They recently completed the build of their new home and been moved in since June 2021 and loving it.

Prior to joining Atlantic Union Bank, she worked for Lee Chesapeake Property Management as a Property Accountant.  Her responsibilities included Accounts Payable, Accounts Receivable, General Ledger Journal Entries, and Preparation of Monthly Owner Reports.  She also maintained the Tenant and Vendor Insurance Certificate data base and assisted to the company’s Controller.

Prior to joining Lee, Gerry worked in the banking industry for over 18 years, starting out as a teller and ended her career as Assistant Branch Manager.  She provided excellent customer service and performing accounting policies and procedures as required.

Gerry enjoys spending time with her husband, family and friends, the beach, baking, the outdoors and the small-town atmosphere.  Gerry looks forward to joining the Board as Organization Co-Chair and working together with the Members, volunteers and Small Businesses with the continued growth of Cape Charles.

Pat James is a wife, and mother of twins, a son and daughter, and stepmom to three boys all of whom are out on their own.  She and her husband, Bob, landed in Cape Charles when they discovered the Coastal Virginia Wildlife Observatory hawk count in Kiptopeke in the fall of 2015.  Pat liked Cape Charles instantly and went searching for a home the very next day.  They purchased their present home near Central Park within weeks.

If you ask Pat where she is from, she will tell you she is a “Military Brat” of which only the Military part is true.  Pat was born in Charleston, South Carolina, the daughter of an Air Force Sergeant and a German National who lived as a child in World War II Germany.  Pat lived in many towns throughout the United States including USAG Wiesbaden and Ramstein AFB near the city of Kaiserslautern, Germany.

Pat has a natural talent for research which is why you will find her searching the records of historic sites and buildings in the Northampton County Courthouse.  She has traced many of her ancestors on Ancestry.com and disproved the tale that her paternal grandmother was Native American.  Not surprising, her almost thirty-year career with the Federal Government in many ways involved uncovering history and creating legends. She presently leads a team of investigators for Sentara Healthcare.

Pat has a Bachelor of Business Administration from Troy University and an MBA from Columbia Southern University.  Her acceptance to both University of Miami and Stetson University law schools was superseded by the arrival of her twins.  Yes, she’s that good of a mom.

Pat spends her personal time with Church and family.  She likes to hike, run, read, and is looking forward to next fall’s bicycle tour. She also loves her buddy Wilson the dog who sits beside her as she runs meetings from her home office. Her enthusiasm for the beautiful life Cape Charles offers is why she is a member of the board as Organization Co-Chair.

Reginald Widgeon is a native of Northampton County and grew up in the Eastville/Cape Charles area. Reginald is an accomplished business executive with over 45 years of experience in marketing to government and commercial information technology markets. He has many years experience in entrepreneurship, real estate investing, business and lifestyle solutions.

You may also see Reggie wearing a Rotary hat sometimes.  He keeps very busy!  Reggie started the 2021 Bench sponsorship program which we are very excited about!

Tara comes to the Board after helping in the office and putting on a very successful spring event, Best of Virginia to honor local merchants.  We are looking forward to her support for future events such as Festive Fridays.  More to follow later.

Board Member at Large

During John’s long career in public service, he has worked at every government level from local to federal.  Prior to his current appointment, John was the Deputy Chief of Staff for Governor Bill Walker of Alaska, City Manager for the City of Valdez Alaska, Administrative Director for US Senator Ted Stevens in Washington DC, Assistant Borough Manager for the Ketchikan Gateway Borough (county) in Alaska, and he also served as a combat search and rescue pilot for the US Air Force.

He was born and raised in Philadelphia PA but has strong ties to the Eastern Shore.  John currently resides in Cape Charles but also maintains a home in Wallops Island VA that has been in his family for three generations.

John has been on the DHCD Small Business Relief Grant Team where he has participated with Cape Charles Main Street in supporting the economic recovery of the Town during and after the 2020 shut down.

On June 14, 2021 the CCMS Board voted unanimously to bring John on the Board as a Member at Large, to provide direct communication between CCMS and the Town of Cape Charles in developing future projects.  Cape Charles Main Street is honored to have John Hozey join our Board.

Susan received her BS degree in Family and Community development from the University of Maryland in 1976 and her MSW in clinical social work in 1981. Her career has involved both direct service and administration in the child welfare field.

Susan’s social work career began with several years working at University of Maryland Medical systems in the Department of Pediatrics/Division of Adolescent Medicine working with pregnant and parenting teens, then followed that working with and supervising Social Workers in a program at the Department of Social Services in Baltimore County, designed specifically for youth in foster care who were pregnant and/or parenting.  Working at The Family Life Center, a community mental health center in Columbia, Maryland, Susan had the opportunity to help individuals and families and to do group-work with teens in the Howard County Public Schools’ program for pregnant and parenting teens.  At the Family Life Center she also coordinated a parent education program addressing needs of parents at risk of abusing their children and conducted a group for middle school age youth dealing with issues of self-esteem and relationships.  For several years Susan supervised volunteers who were Court Appointed Special Advocates (CASAs) in Howard County, Maryland, who advocated for the best interests of youth in foster care.  For the last 20 years of employment Susan served as Executive Director in volunteer-driven nonprofit organizations.  She worked as the Executive Director of Court Appointed Special Advocates (CASA) of Baltimore, Inc., involving the recruitment, training, and on-going supervision and recognition of volunteers.   From 2015-2020 Susan served as Executive Director of A-OK Mentoring –Tutoring, Inc., a non-profit organization that recruited, trained, and supported school-based volunteers who served as mentors and tutors in the Howard County, Maryland schools.

Susan retired in June 2020 and has enjoyed spending most of her time with the husband, Richard, at the beach in Cape Charles, VA, enjoying their new grandson, and playing bar trivia wherever they can find it!

Susan is doing a fantastic job reaching out to new volunteers!